Our actions and behavior are guided by cultural standards that have evolved over time. These values, which have been affirmed and firmly anchored in us, are a matter of course as to how to behave correctly in a wide variety of everyday situations. The difficulty in international cooperation, however, lies in the fact that each culture has its own standards and that the behavior of a person from a foreign culture is judged on the basis of one’ s own value system. The following example, in which a Spanish couple is confronted with German rules and a by all means well-intentioned, matter-of-fact style of communication, shows how German behavior can have an effect on people with a different cultural background:

Upon their arrival in Germany, the Spanish couple finds several different containers for garbage disposal in their apartment block. A friendly neighbor explains the German waste separation system to the Spaniards at every opportunity. When an additional bin for organic waste is introduced, the lady asks her Spanish neighbor into her apartment, where she has already prepared various waste items in the kitchen and slowly puts them in the different garbage cans before the eyes of the Spaniard. Finally, she politely asks whether the Spanish woman has understood the system? On other occasions, too, she repeatedly talks to her in a friendly tone about waste separation and points out further details. Over time, this becomes too much for the Spanish couple, especially as the classification of many products is not clear. When they fly to Barcelona for a short trip, they pack garbage that they could not clearly allocate into two large travel bags…

From another point of view

The German cross-cultural trainer and author Dr. Sylvia Schroll-Machl has intensely examined the cultural standards of Germans and based her book “Die Deutschen – Wir Deutsche” on the observations made by foreign business people about their German partners. “Because it is only in the reflection of others that we understand how our own culture-specific orientation system is structured and what effects it produces in dealing with foreign partners,” explains Dr. Schroll-Machl. “What others observe about us gives us the opportunity to reflect on ourselves and explain our value system. Differences between the image others have of us and our self-image arise because other people observe German behavior and describe it with terms from their own culture. For example, the German style of communication, which we may find honest, sincere, effective and goal-oriented, seems aggressive and undiplomatic in the eyes of other people”. Based on her scientific research on cross-cultural psychology and the numerous field reports of her international seminar participants, Dr. Schroll-Machl describes the German value system on the basis of the following cultural standards:

For Germans, the issue at hand is the be-all and end-all of business meetings. Objective behavior is equated with professionalism. What matters most is the professional competence of those taking part. The relationship level, on the other hand, is often neglected in German business culture, because it is felt that a high degree of satisfaction at the factual level should suffice for business contacts – the most common German error! Business partners from other cultures accuse Germans of being interested only in business and consider their goal orientation to be pure arrogance.

2 – Structures and rules are highly valued

German companies have countless regulations, standardizations and processes. German businesspeople also love their contracts and written agreements of all kinds. Their rigid compliance and disciplinary rebuke for infractions are frequently in contrast to other business cultures. The resulting predictability of German behavior often cannot outweigh the annoyance and disappointment at what others regard as an insurmountable inflexibility and the obvious lack of trust in business partners.

For these rules and structures to become reality, there is one prerequisite: German reliability. A matter has been organized and now everyone is expected to perform the task assigned to them correctly – even without external supervision. Anyone who encounters obstacles at work has a duty to inform others for the system to keep working. If someone makes a mistake, others will draw their attention to it. This adherence to the rules coupled with an internalized sense of responsibility, however, from the perspective of other people, quickly tips over into stubbornness – long before we ourselves would feel the same way. Germans are therefore quickly judged to be petty, thorough and precise, people who behave in an opinionated and authoritarian manner towards others.

Many cultures think that Germans are downright obsessed with precise time planning. They are always in a hurry, have planned their schedules meticulously and nearly panic when their schedules are disrupted. This planning prevents both positive and negative surprises as well as spontaneity, which is an essential component of social interaction for many people.

It is also typical for Germans to strictly separate the different areas of life. We differentiate our behavior according to the level (professional or personal) at which we interact with another person and how close we are to another person (business partner or friend). This often makes us appear cold and distant in our daily work, which can affect others personally. Germans do not appear to be interested in personal contacts and show no emotions.

The German communication style is direct and explicit. We speak in a straightforward manner and state everything candidly and openly. People in Germany also like to discuss and argue objectively about things. For people from other cultures, this can quickly seem insulting and threatening, without being noticed by us. At the same time, we do not pick up on any subliminal nuances, incidental interjections, indirect allusions or messages at a non-verbal level – which, in many cases, are the decisive messages of a conversation.

Personal independence and autonomy are highly valued in Germany. Clear job descriptions and areas of responsibility can therefore be seen as an expression of autonomy, as each individual bears responsibility for their own tasks within a given area. Those who need help or need to find out something must take the initiative themselves. For many foreign business partners, this way of doing things is a constant disappointment of their desire for closer contact. In addition, they are often irritated by the German partner’s decision-making powers.

Good cooperation from a German point of view

Those who have grown up in Germany will behave to varying degrees according to the cultural standards described above. In the world of work, by sticking to these standards, Germans merely want to ensure that the collaboration with foreign business partners runs smoothly. “Professionals concentrate on factual issues, they organize and plan, keep to agreements, make binding schedules, don’t allow themselves to be personally involved, express their opinions and act on their own responsibility,” Dr. Schroll-Machl tells about the German’s views. But this definition is a German one and is not shared to the same extent by people who are used to a different business culture.

“Actually, we also treat each other very nicely and politely in Germany, only that our way of doing this is often not seen as such by people from other cultures. As a German you can be unbelievably direct in a very likeable way. The two are not mutually exclusive. Fortunately, our foreign business partners get to know us just as quickly as we get to know people from other cultures. 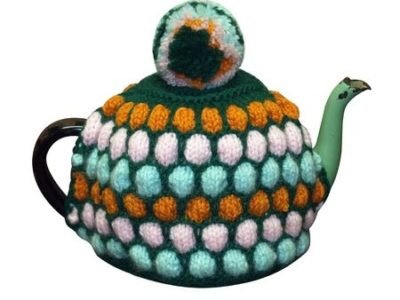 In Denmark, this well-being is generally referred to as “hygge” (which is actually a Norwegian word pronounced as “hugge”). This refers to a general need for satisfaction, friendship and coziness. People are nice to each other, but also to themselves. At home, hygge means spending time alone at home or together with friends in a […] 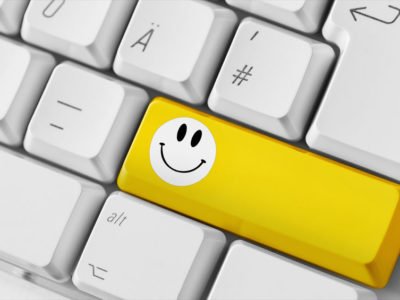 In many languages we have the expression “to save face”. Basically, it means to keep up appearances in public so that others are respecting us. “Losing face” on the other hand implies that someone has disappointed due to his behaviour. This person’s image has been damaged, because he has compromised, disgraced or exposed himself to […]